Claire takes charge to remedy Jamie’s dislocated shoulder. All the men are stunned. Except for Dougal who gives her a pass, temporarily.

Below are stills I screen captured for your enjoyment from the clip.

Claire protesting how the dislocation was about to be handled. Even under duress she must heal when she is able. 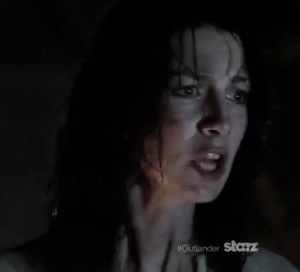 Moving to Jamie swords were drawn to protect him.

Turning toward Dougal body language and expression ask for his approval to fix the shoulder.

Stepping aside he yields to her.

No words. Unspoken agreement between them. 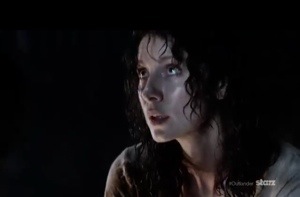 She gently reaches for his hand.

This is the worst part she says. 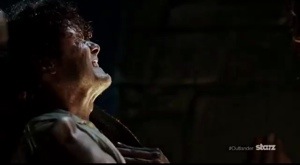 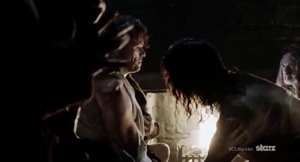 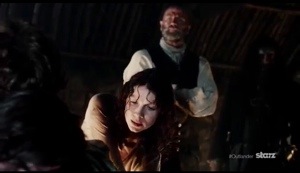 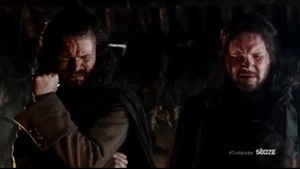 And the pulling, manipulation… Shoulder moves back into place.

Her eyes seeking his. “Are you alright?” They say. 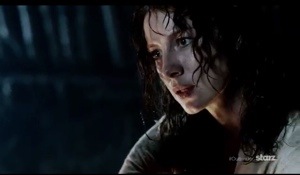 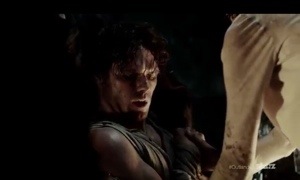 Dougal says give her your belt… That glare! 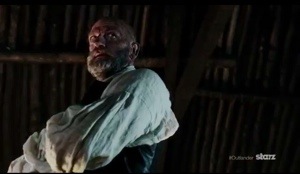 “I am a nurse.” Claire responds to Jamie asking if she has done this before.

The first touch built on mutual agreement and trust.

So much more to come.