Brought to you by T.V. Show and Movie Maniacs, the Maniacs Choice Television Awards are posting several wins by Outlander. 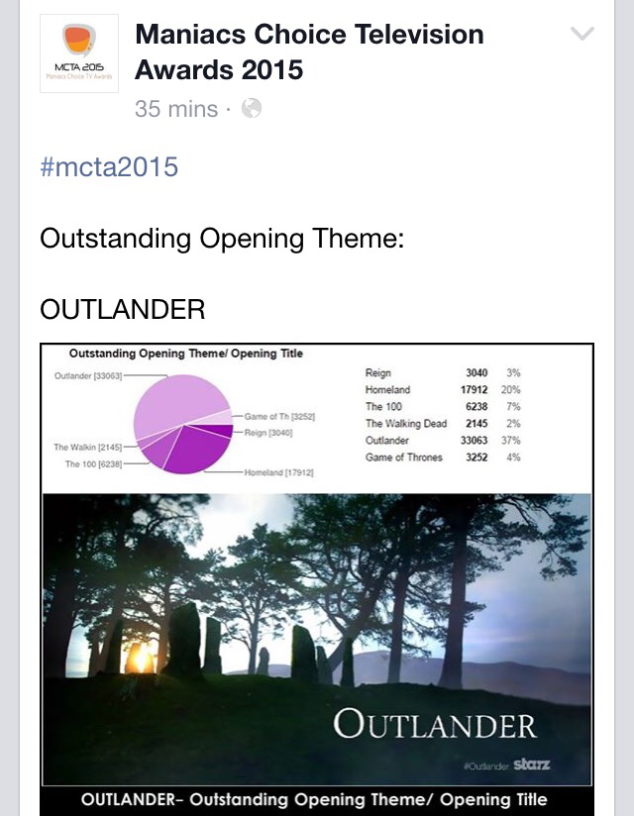 Well of course it is! An obsessive adventurous jaunt with the best lead female character. 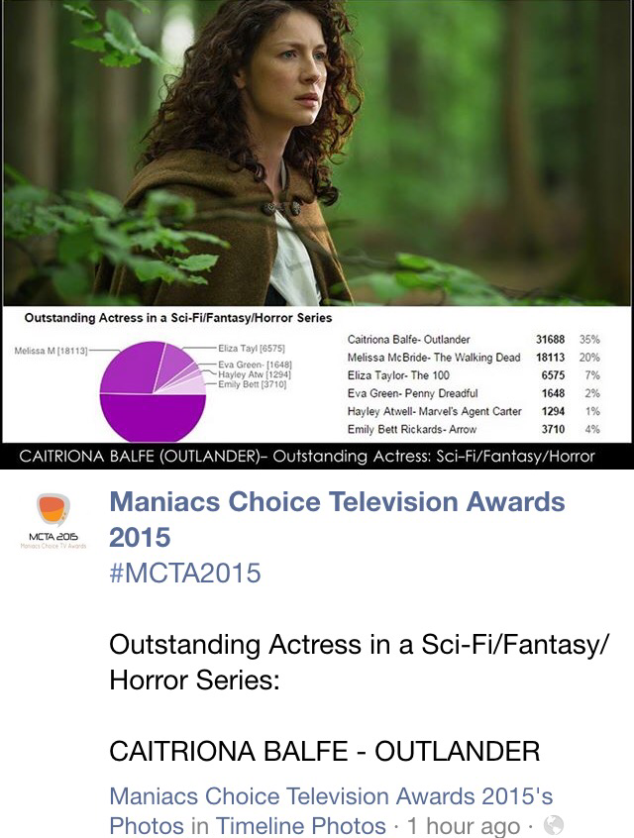 Outstanding Actress in a Sci-Fi/Fantasy/Horror Series.

Caitriona Balfe is an AMAZING actress who embodies Claire Beauchamp Randall Fraser. She becomes her flawlessly. Outstanding Actor in a Sci-Fi/Fantasy/Horror Series.

Sam Heughan morphs into JAMMF (Jamie Alexander Malcolm MacKenzie Fraser) with power and subtlety. He is our imperfect hero.

I have been shouting from social media about the palpable chemistry Caitriona and Sam share. Claire and Jamie are a force of passion, love, strength, purpose together. These two show us what that means. Our book dreams realized.

No argument here. He causes involuntary physical shudders and emotional dischord. He is wicked, terrorizing evil with a charm thatdraws moths to flame.