Sam Heughan disrupts Christmas festivities with his impromptu q and a on Twitter. He reached 200,000 followers on his Twitter account, and as promised, he offered to answer twenty fan questions using the hashtag #AskSam. AND THE FANS WENT WILD. As expected, the tweets were far more numerous than the requested amount with the rapid fire response by those following his timeline. He held to it though and answered those of his choice for now. More to come: One fan was even lucky enough to have more than one answered. That is no coal in her stocking this year.

It’s an incredibly good thing in this social media age, to have the star of a show willing to generously connect with the audience. #Droughtlander has been long. These moments, help ease the waiting. Sam appears to be a genuinely nice guy, with a wicked streak of humor. Besides, his obviously good looks and his portraying the much loved (er lusted after), Jamie Fraser, this is likely why he has attained the large amount of followers on Twitter and Facebook.

Below are the results of his #AskSam adventure. Enjoy! 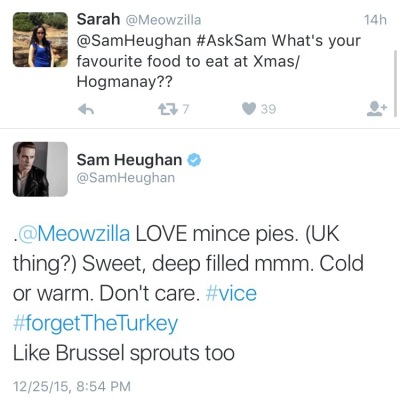 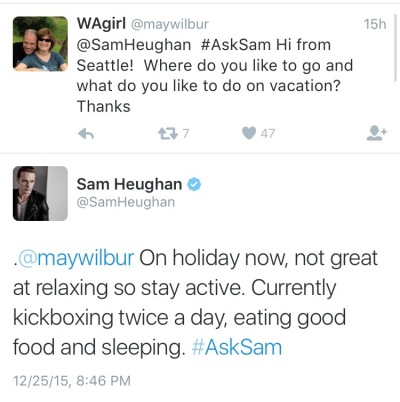 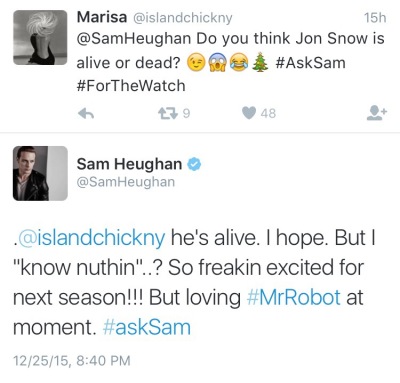 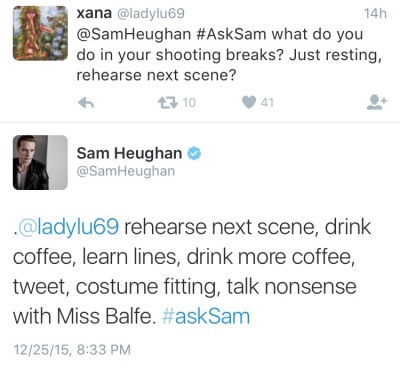 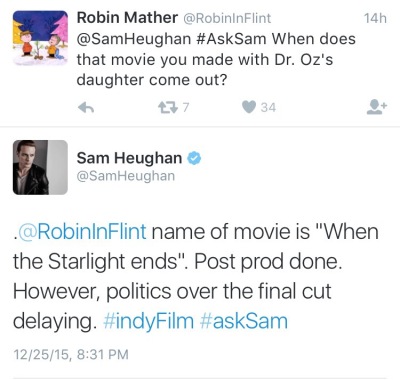 My favorite question comes from co-star, Caitriona Balfe. She’s funny and always stirring the pot. I wonder what his answer would be.  Her fine arse or her ways of mending, that’s what I imagine him saying.

Now that you’ve read those, what ten questions would you ask Sam or any other cast or crew member?