Tonight Ronald D. Moore, the Outlander TV series creator, showrunner, and executive producer popped in on Twitter for a spontaneous Q and A with fans.

Some questions were not related to Outlander, so I transcribed the tweets I thought you’d want to read.

A big thank you to Ron Moore for giving a little dish to the fans. 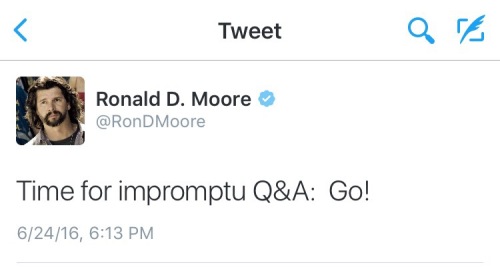 5 thoughts on “Ron Moore A Spontaneous Twitter Q and A”