Seen on AmazonVideoUK Twitter the announcement the first eight episodes of Season 1 Outlander will be available for streaming on Amazon Prime UK beginning March 26, 2015. 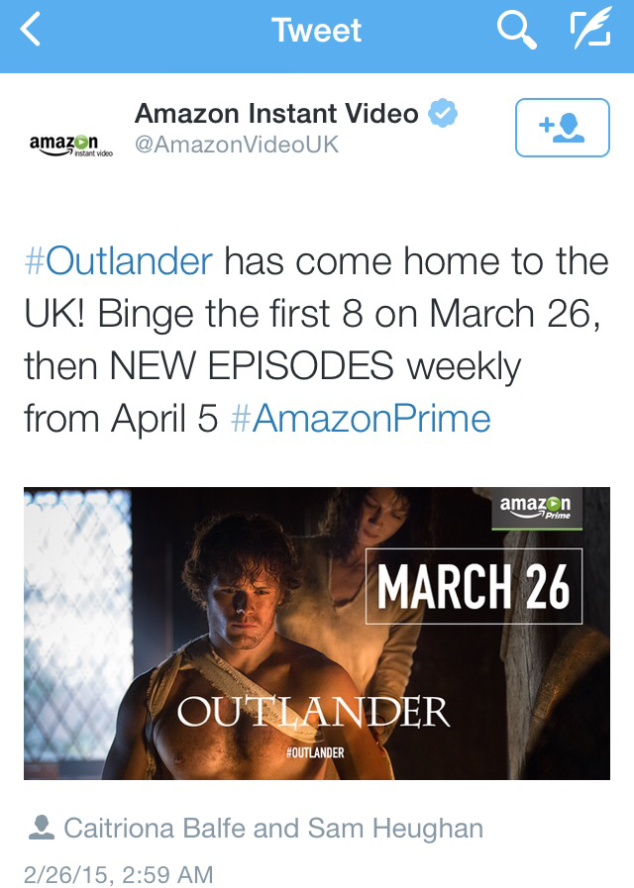 UK fans have been vocal about the disappointment of the premium pay provider securing the much anticipated and awaited show.

Why would there be pushback by fans?

There are monetary influences at play. I have been told high speed internet for streaming is expensive and not available everywhere in the UK, there is an annual government television fee that citizens already pay, and by adding the Amazon Prime fee, many may be priced out of the market.

On top of financial strain limiting access for viewers, there is a concern over how the show will be marketed to potential new fans. Outlander the books are far more known outside the UK than within. Will the show suffer and not be the hit it should be?

It is wonderful Outlander will be available soon, yet the concerns are valid over how the show is being offered.

No word on an air date yet but the rights to Outlander have been picked up by Amazon after intensive negotiations with Sony, according to Digital Spy, TV Wise, .

Great news for UK viewers who have been thus far left out of viewing the Scotland based show adapted from the Diana Gabaldon book series, starring Caitriona Balfe and Sam Heughan.

With the production getting ready to film Season 2, the UK viewers have much to catch up on. 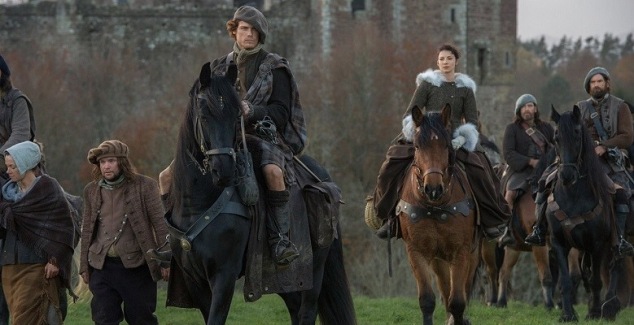 Addendum:
According to the BBC Amazon says there is no announcement on Outlander UK rights and no comment.

This must be an incredibly frustrating situation for UK fans. I do cautiously hope that AP is simply not prepared yo make an official statement yet.