A paean is a song of praise, and I believe the Outlander series is an impressive paean to the institution of marriage. Few couples in literature have had to endure what Jamie and Claire Fraser endure—yet their marriage just gets stronger. Diana Gabaldon uses three aspects of marriage to make a strong statement about its timeless value: love, sex, and fidelity.

Love — Much of the action takes place in the 18th century, a time when people didn’t necessarily marry for love. Marriages were often arranged for political or economic reasons or were entered into for survival or convenience. Jocasta Cameron Innes is an excellent example of this. Of course, Jamie and Claire didn’t marry for love (although Jamie was already quite the smitten kitten), but it didn’t take long for love to become the cornerstone of their union. And holy moly, they have needed a strong foundation, haven’t they?

Now consider Fergus and Marsali … Ian and Jenny … Young Ian and Rachel (Emily, too) … Denny Hunter and Dorothea Grey … Hal and Minnie … Roger and Brianna. All have love marriages, and what’s more, many of them married despite societal constraints. Differences of class, religion, ethnicity, or cultural expectations could have derailed these marriages before they even occurred. Love prevailed, however, and despite many dire circumstances post-wedding, the marriages (with one exception) endured. Whether they said the following vow or not, this seems to be the guiding principle of good Outlander marriages:

Ye are Blood of my Blood, and Bone of my Bone,

I give ye my Body, that we Two might be One.

I give ye my Spirit, ‘til our life shall be Done. 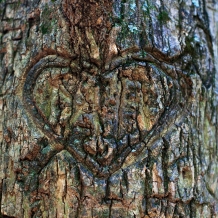 Sex – If you haven’t purchased DG’s “I give you my body…”: How I Write Sex Scenes, I highly recommend it. It’s an excellent instructional manual…on darn good fiction writing. A nice bonus for thirsty Outlander fans is an appendix which lists all the sex scenes by chapter and book. The list is incomplete and not entirely accurate…but it’s a great tool for proving my next point: almost all the best sex scenes in the Outlander universe are between married couples.

There are over 110 sex scenes listed, and 90 of them are with married people (mostly Jamie and Claire). Three of them are solo interludes, a few more are liaisons between people who eventually will get married or who love each other (poor Lord John), and the rest are either encounters with prostitutes or other miscellaneous bits of unconsummated sexual tension. Rapes, rightfully so, are not on this list.

By the way, this was a very pleasant bit of research. You’re welcome.

My point here is brief, just like Jamie’s first encounter on his wedding night. DG recognizes that great sex is a vital component of marriage, and she uses her characters—usually Jamie and Claire—to celebrate the holiness of a good roll in the hay. In my experience, this is not at all common in other books (or television series) where there’s no shortage of sex, but it’s little more than lust, manipulation, or power play. Depictions of loving marital sex are relatively rare.

“That’s what marriage is good for; it makes a sacrament out of things ye’d otherwise have to confess.”

Fidelity – Take a look back at that list of marriages in the third paragraph. These are some of the most important characters in the books (I’ll get to Jamie and Claire in a moment). And of all these marriages, none have (to this point) suffered from the presence of an unfaithful spouse. DG isn’t averse to giving married couples plenty of difficulties—infertility, a disabled child, prolonged absences, illness—but at least with the couples that the readers love, she stays away from infidelity. In an era when a visit to a brothel was hardly blinked at, the married men we know don’t find the need for that brand of entertainment. Well, maybe Fergus does. But perhaps not.

Ironically, both Jamie and Claire seem to collect sexual partners. But are they unfaithful?

Claire – A case could be made that she’s unfaithful to Frank when she marries Jamie. Is it infidelity, though, if you don’t have a choice?

And then there’s her interlude with Louie of France. She’s saving Jamie’s life there—she thinks her marriage might be over, but she still chooses that to free him from the Bastille. Not infidelity, just emotionless body parts.

Jamie – He has two brief encounters—Mary MacNab and Geneva—during the years when Claire is gone. Their separation is permanent, as far as Jamie knows, and there are compelling reasons for each act. The same is true of his marriage to Laoghaire. Claire is gone. Jamie is a faithful husband even in his loveless marriage—he never utilizes the services of the brothel where he takes up residence.

Neither of them is unfaithful when they’re occupying the same time period and both demonstrably alive. In fact, if either were to cheat on the other, there would be a huge uprising of Outlander fans clutching their books and moaning noooooooooo.

Certainly, there are unfaithful partners in the series: Duncan Innes, Frank (probably), Hal’s wife Esme. None of these instances is viewed sympathetically or justified; they are pitiable or sad. In DG’s universe, if love and sex are the bricks of a good marriage, then fidelity is the mortar.

“Above all creatures on this earth,” he whispered, “you are faithful.”

11 thoughts on “A Paean To Marriage”